skip to main | skip to sidebar

Event will be hosted by
Dos Press editors C.J. Martin and Julia Drescher


There will be wine, cheese, and crackers, too.

Curated and with an introduction by Boog City editor David Kirschenbaum

Rosa Alcalá received her M.F.A. from Brown University and her Ph.D. in English from the State University of New York at Buffalo. In 2001, Some Maritime Disasters This Century was published as a limited edition pamphlet by Belladonna/Boog. Undocumentaries, a selection of poems, is forthcoming from Dos Press. Her poems have also appeared in The Wind Shifts: New Latino Poetry, edited by Francisco Aragón (U of AZ Press), and Cinturones de óxido: de Buffalo con amor / Rust Belt Encounters: From Buffalo with Love, translated by Ernesto Livón-Grosman and Omar Pérez (Torre de Letras, La Habana, Cuba). Alcalá has translated Cecilia Vicuña's El Templo (Situations Press) and Cloud-net (Art in General). Her translation of Vicuña's essay-poem, "Ubixic del Decir, 'Its Being Said': A Reading of a Reading of the Popol Vuh," was published in With Their Hands and Their Eyes: Maya Textiles, Mirrors of a Worldview, Etnografish Museum (Belgium). Alcalá's translation of Bestiary: The Selected Poems of Lourdes Vázquez was published by Bilingual Press. Forthcoming is a co-translation (with Mónica de la Torre) of Lila Zemborain's Malvas Orquídeas del Mar/ Mauve Sea Orchids (Belladonna). She has also translated poems for the forthcomingOxford Book of Latin American Poetry.

Michelle Detorie lives in Goleta, Calif., where she edits WOMB, an online journal of poetry by women, and Hex Presse. Her work has appeared or is forthcoming in How2, Foursquare, Dusie, Pool, La Petite Zine, Jacket, and EAOGH, among others. She's also published three chapbooks: Daphnomancy (Small Chapbook Project), Bellum Letters (Dusie), and A Coincidence of Wants (Dos Press). A fourth chapbook, Ode to Industy, will be published with the Dusie Kollektiv later this year. In 2007 she was a National Endowment for the Arts Literary Fellow.

Ash Smith has lived mostly in Central Texas and the Rio Grande Valley, where she has worked with environmental and educational programs. She is finishing a full-length manuscript at Texas State University. Water Shed, from Dos Press, is her first chapbook.

Andrew Phillip Tipton plays obnoxious anti-folk music about never wanting to grow up. He records several albums every year in his bedroom, including last year’s critically ignored Champion of Love. He lives in Staten Island, where he collects piggy banks. 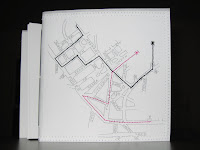 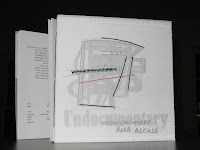 Sasha Steensen is an Assistant Professor at Colorado State University. She holds a B.A. in History and an M.F.A. in Creative Writing from the University of Nevada, Las Vegas, as well as a PhD in Poetics from SUNY Buffalo. She is the author of 2 books from Fence Books: The Method (forthcoming) and A Magic Book (from 2004), as well as a collaboration with Gordon Hadfield called correspondence (published by Handwritten Press). Steensen serves as one of the poetry editors for Colorado Review and she’s also co-editor of Bonfire Press.

Steensen’s dos chap is an excerpt from her forthcoming book The Method, which shares its title with a collection of proofs by the Greek mathematician Archimedes. The Method also shows up as a character in Steensen’s work & like that character, Archimedes’ book was a traveler, a palimpsest: written, rewritten, written on, written over, on the move. Steensen has spoken of being initially enticed (and eventually repelled) by the character she’s written: as she says in TFOAI, “The ongoingness originally fascinated me, which is why I became a follower.” But The Method eventually threatens to be more than just a note on the mystic writing pad—he threatens to cohere against context, and to leave nothing in his wake—not just to get rid of the evidence, but to erase the place itself. The poem, then, is in some way (again to quote TFOAI) Steensen’s “souvenir to prove [she] went along for the pointless highway ride.”

Rosa Alcalá teaches in the Creative Writing program at UTEP. She received her MFA from Brown University and her Ph.D. in English from SUNY Buffalo. In 2003, her book Some Maritime Disasters This Century was published as a limited edition by Belladonna. As a translator, she has provided us w/invaluable translations of Cecilia Vicuña and Lourdes Vázquez, as well as (more recently) Lila Zemborain. With Carmen Gimenez-Smith, she coedits Noemi Press.

One of the numerous pleasures in reading the poems of Undocumentary is Alcalá’s invitation to experience (& therefore perform ourselves) an unsettling of the notion of “fixed identity” – “ a machine that never shuts down” – the work of working in & against its static through the “roundabout mess” of both the language used to describe it & our own, often confusing, relationships to it. Her work reminds us that one’s ‘identity’ is more plural & more complex than either what one chooses or, perhaps more importantly, what has been “chosen for” one – it is always at once in motion – “backwards and forwards within an irreconcilable set of imperatives” – and never settled. It is through this often painful work of constant navigation that we’re invited to build, or perhaps re-build, a more human “type of architecture” – one that is more complex than a category & more than a product of systemic production.

Ash Smith has lived mostly in Central Texas and the Rio Grande Valley where she has worked with environmental and educational programs. She is currently finishing a full length manuscript at Texas State University. Water Shed, from Dos Press, is her first chapbook.

The poems in Water Shed take up being-on-the-move as a central concern of writing/living, as one of her titles has it: “YOU COULD TELL YOU WERE MOVING AWAY FROM WHAT YOU NEVER OWNED.” In “Red List” this movement is writing’s way of getting down into things: “they put ink into the watershed put / in order to try to think / under ground.” As if this formulation was too neat (or too poisonous) the poem “Watershed” propels the work upward, “a climb through calculated / as sound.” Even her lists are listless. Even at their most discursive, these poems are unhinged by the fixed nature of description, the finality of pronouncements: “I’d like to describe / the act of listening both above and bellow ground.” Water Shed offers an experience of dwelling as roaming, of being-on-the-move as a way of inhabiting a place.

Please check out the summer print edition of Rain Taxi for Noah Eli Gordon's review of the Detorie/Cross/Goransson chap! Not to be missed!!
Posted by CJ Martin at 12:32 PM No comments: